Switch to the dark mode that's kinder on your eyes at night time.

Switch to the light mode that's kinder on your eyes at day time.

Why do you want to unfollow inactive twitter users? That’s a big question, I’m answering it right away.

You want to unfollow inactive twitter users because they don’t add meaning to your timeline.

Tell me, would you rather keep anything that doesn’t add value to you or create space for those who are ready?

Unfollowing inactive twitter users haven’t been so easy, but this handful of tools help you get it done.

Let me show you ways in which you can use tools to perform the task.

Manageflitter uses to work as of the year 2018. However, twitter forced them to remove the follow and unfollow tool in January 2019

Manageflitter was one of the most sophicasted tools to unfollow inactive twitter followers, not only that.

Manageflitter has some handy feature that lets you manage your twitter account, making it grow even faster.

The Powerpost features show you with graphs when your twitter users are active most, allowing you to get more engagements almost immediately your tweets go live.

One thing we all know is that twitter does not allow you to see if someone is active or not, but Manageflitter Powerpost helps you get in the line and gain engagements more than ever.

This feature, as you may know, it lets you schedule tweets to be sent on Twitter.

In replace of the unfollowing inactive twitter followers, mangefliter also adjust this feature.

Another feature that has been enhanced against the unfollow inactive twitter followers feature.

You can efficiently perform the following tasks using the ManageFilter Search feature.

You can go from profile to profile or topic-based, filter from millions of people narrowed down to the ones who you care about and will add meaning to your growth.

However, other tools help you achieve the goal of unfollowing inactive twitter followers.

Circleboom is a tool that allows you to manage your twitter account(s) as per your needs.

Circleboom is just the opposite; they offer all sorts of following and unfollow features you may need in your quest to manage twitter accounts effectively.

Circleboom has pricing based accounts and free accounts, while the Pro accounts let’s you manage your twitter accounts at ease, the free account has enormous limitations.

Maybe that’s why twitter still allows them to fire upon the unfollow inactive followers tool/features.

Other Features of Circleboom are;

Perhaps one of the best Twitter search tools ever, I say smart because Circleboom has the intelligent search feature.

Surprisingly, you can take care of that smartly with Circleboom smart tool.

Before you can be able to unfollow inactive twitter followers using circleboom, you need to upgrade to the pro plan.

The pro plan allows you to perform other activities other than following and unfollowing relevant people in your niche.

Before you exit this page, I want you to know that circleboom is the best shot for automating following and unfolmanageg Twitter users, as well as manage your Twitter account.

If you are low on budget, this method will work for you and very slow for your likening.

In your organization, assign a role to one of your workers for them to unfollow inactive users using the circleboom inactive account features.

Next, manually open each account and unfollow them based on your preference.

See? That’s easy; you are, however, still limited to only 20 users per search.

What you should do now is either upgrade or unfollow the first batch of inactive Twitter followers, and then refresh the list for another 20.

Having a relevant and clean twitter following doesn’t have to be hard as always, I believe you want to have a business where you and people can communicate ideas and solve problems.

If you suffer low engagement on your twitter, it means your followers are not active, or your tweets are not engaging enough for followers to interact.

Make waves with your tweets by using tools and methods above to unfollow inactive Twitter followers.

I hope this article helps you achieve your desired goal.

Have questions? Drop them in the comments section for a quick answer.

Yusuf Bitrus is an SEO Consultant and Digital Media Strategist.

He teaches how you can improve your sales and gain more business visibility using organic traffic from Google, and it's midwives. If he is not doing research and writing his next article, he is hiking with my friends.

Grab my gift to you 😁 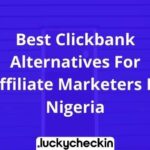 Sorry. No data so far.

Back to Top
Close

close
We are here to give you unlimited support. Just say "Hi"